skip to main | skip to sidebar

Yesterday (Sept.28/08) I was one of three judges for a Fruit Pie contest at the Coquitlam Farmer's Market (www.makebakegrow.com) in Coquitlam, BC.
Not a bad gig if you can get it - 13 pieces of incredible pie (and a token cloth market bag) in exchange for my time! Obviously I did not eat 13 whole pieces - they were cut small and even then we ate just as much of each piece as we needed to, to make our judging notes and score for each entry. Although the majority of the entries were apple based, the creativity was rampant as there were many variations of crust and accompanying filling ingredients.
The winning pies were as follows:
Honourable Mention - Blueberry Rhubarb (I believe there was a trio of filling ingredients, not two, but I can't think of it off hand... and I believe this one was also flavoured with cardamom - not my favorite flavouring for pie, but was very good nonetheless.
Third Place - Apple Cranberry made by a man named Brian (I remember this only because I autographed a book for him) and he stated that this was the first pie he ever made! He layered the filling by putting the cranberries on the bottom and then the apples which gave it an incredible display once cut into slices... but the best thing about his pie was the crust. I could have eaten just his crust all day and been satisfied! His trick?... he added 1/4 cup vodka to the crust dough... yes, vodka! He learned this from a magazine and it stated that the fast evaporation process of the alcohol will create a flakier crust and because vodka is so pure it won't leave a residual flavour.
Second Place - Apple... but not just any apple pie - this was incredible! I loved everything about it. The texture of the filling, the crust, the flavour, how it held up, etc. The presentation was incredible as well. She cut excess dough into many different shaped leaves to represent autumn and then sprinkled coarse sugar over top with gave it a glistening diamond effect. This pie was just as great to look at as it was to eat. Even the bottom crust was flakey and the added spice was just enough to compliment but not enough to overpower the selected bramley apples she chose for the ingredient. One of the best apple pies I have ever had!
First Place - This was agreed upon by all three of us that this was the hands-down winner - Apple, Pear & Fresh Ginger! The fresh ginger especially for me was the thing that gave it top marks... obviously everything was great about it, the crust, texture, etc. but the flavour combination of those three ingredients was to die for! The fresh ginger was added in just enough quantity to taste it but not overpower the other flavours... I can almost still taste it! This was the only one that I ate the whole piece of because I just couldn't resist no matter how much pie I was eating!
All in all, a great event and would love to do it again. A big thank you to all of the 13 registrants - everyone did a great job and I can only hope that this becomes and annual event that I am involved in, and see you again next year!
...by the way, if there is anyone looking for a food judge... I am available!!!
Happy eating,
Dez.
Posted by Chef Dez at 9:56 AM 1 comment:

Follow by Email and never miss my Blog Posts!

The Best In Your Kitchen 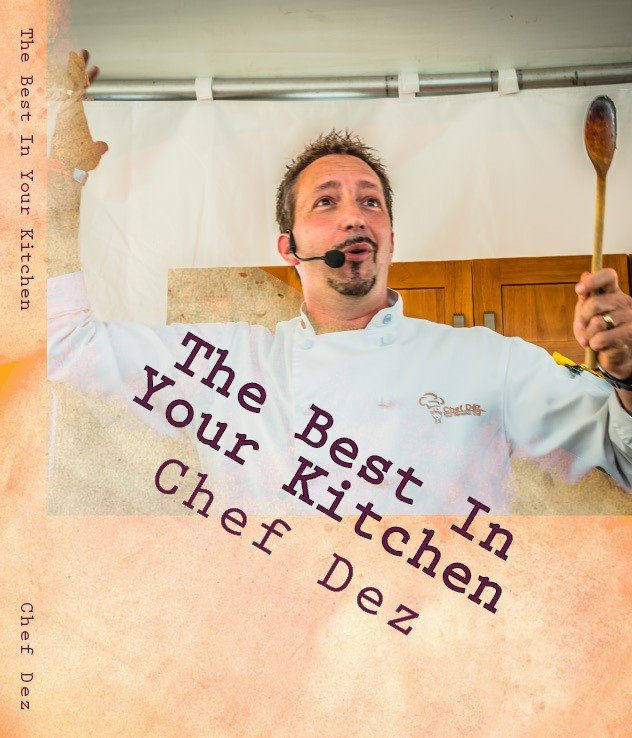 ORDER IT TODAY by clicking the above image or SEARCH FOR IT ON AMAZON in your part of the world!

Parsley Is World Peace in Disguise 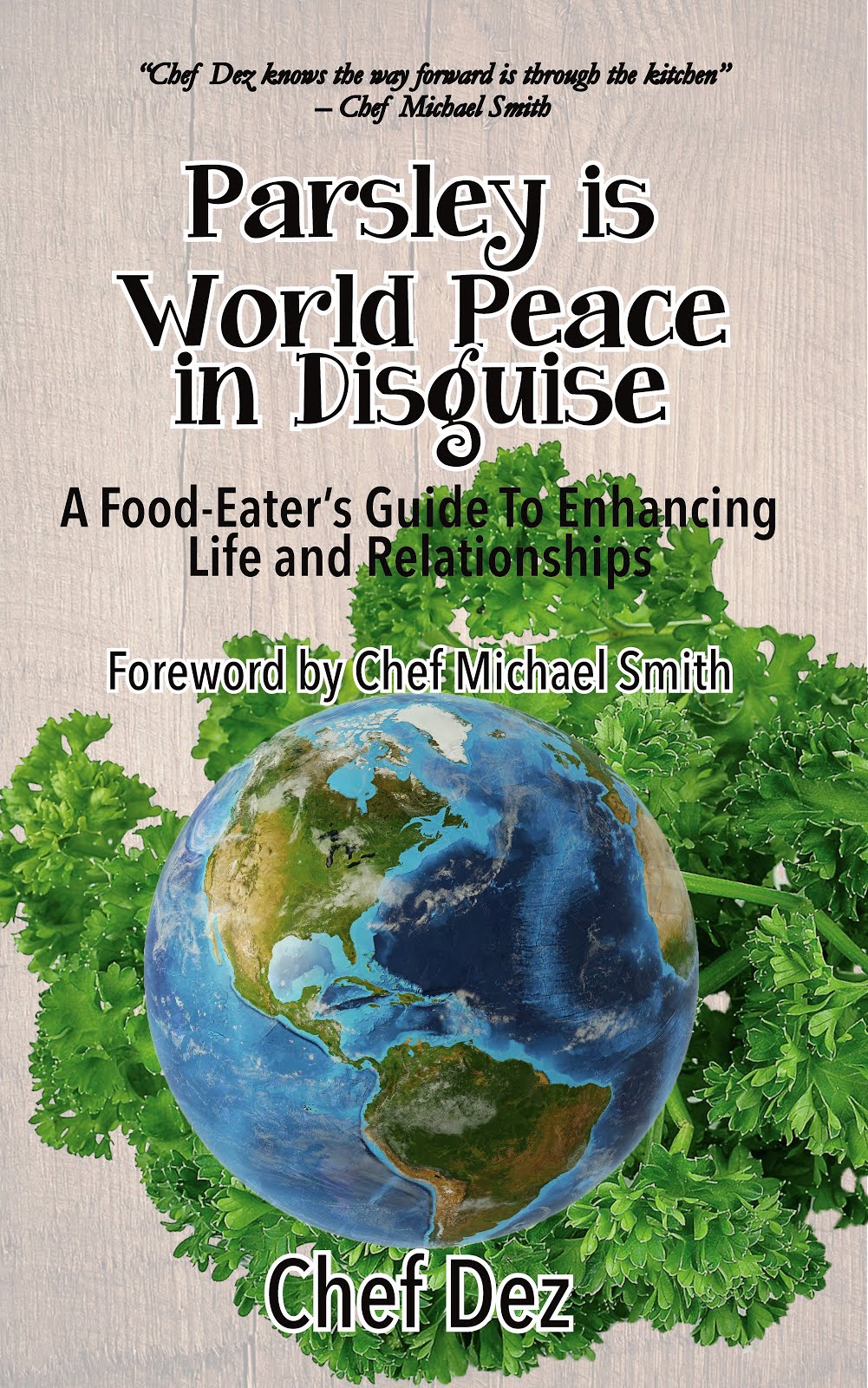 NEW motivational and inspirational book by Chef Dez! ORDER IT TODAY by clicking the above image or SEARCH FOR IT ON AMAZON in your part of the world!

Chef Dez
Chef Dez (Gordon Desormeaux) resides in the Fraser Valley of British Columbia, Canada with his family. His passion for food and people is second to none and anyone who has attended his live performances would agree. Gordon Desormeaux's nickname became "Dez" and his stage name then became "Chef Dez" entering into his culinary career. As a certified Red Seal Chef, Chef Dez has inspired thousands of people through his cooking classes, food columns, cookbooks, live performances, TV appearances, and culinary travel tours. Your romance for the culinary arts will become rekindled because of his infectious enthusiasm for bringing ingredients together. Visit www.chefdez.com for more details